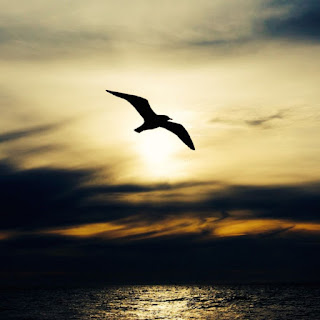 Birds are bipedal, warmblooded, vertebrate animals that lay eggs; there are about 10,000 living species. Birds evolved from theropod dinosaurs during the Jurassic period, around 150 to 200 million years ago. Many species undertake long-distance annual migrations,and many more perform shorter irregular movements. They build nests to live, however not all the species of birds do this. They communicate using primary visual and auditory signals can be between species and with in species. Domesticated birds are raised for meat and eggs; they are the largest source of animal protein eaten by humans. In 2003, 76 million tons of poultry and 61 million tons of eggs were produced worldwide. About 120 to 130 species have become extinct and about 1200 species of birds are on the verge of extinction.

Variations in plumage can be based on the sex of the bird, its age, or seasonal changes caused by molting. Molting patterns are complex and even the experts do not have all the answers about how this process is controlled. Several plumage patterns can be observed in birds. The molting process can be either very obvious or difficult to detect, depending on the species and its plumage pattern. Young birds pass through one or more sub adults plumages before reaching full adult plumage. The number of years required for a species to reach its definitive plumage is varies widely. Many songbirds reach adult plumage after 1 years. Some gulls take as long as four years to reach adult plumage, and some Eagles can take as long as five years to reach full adult plumage. In the simplest case, both male and female birds look alike and retain their definitive plumage throughout the year. Both the Blue Jay and Cedar waxwing fall into this category. Birds with this plumage pattern do molt, but the new feathers have the same coloration and pattern as the previous plumage.

Birds are physiologically different from any other creature on the face of the earth. While they need to eat, drink, and breathe the same as we do, the part of their bodies that carry out these functions differ drastically from our own.

Beak :– A bird’s beak serves many purposes such as eating, grooming, and of course, singing! The beak is an extension of the birds jaw bone, and is covered in keratin, the same substance that makes up our fingernails.

Eye :- Birds have extraordinarily accurate vision. The eye holds scores of receptor cells, called rods and cones that translate whatever the bird looks at to the image that it sees. To give an idea of how sharp their sight is, humus typically have around 200,000 of these cells per millimetre inside of their eyes. Some birds, particularly birds of prey, have five times that many.

Wings :- A bird’s wings are constructed of a series of small thin bones similar to mainture version of the bones in human arms. Externally, the wings are home to several different kinds of feathers.

Foot :- The feet and legs of birds vary greatly depending on the species. Generally the legs, feet and claws are structured to allow a bird to take off, land, climb and grass with them.* Tail :- During flight, a bird’s tail acts much likez the tail of an aeroplane. It is used like a rudder to help the bird Steer. 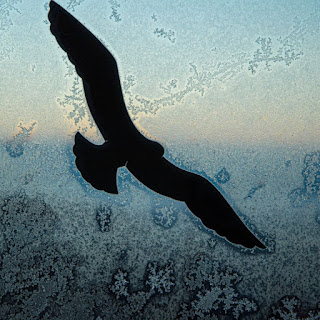 There are so many different ways that birds use feathers that there is no way they can all be listed here.

Flight :- Obviously, birds use feathers to fly. The long light feathers help propel the bird through the air, while the contour feathers makes the rest of the bird streamline.

Displaying :- Some birds can move their brightly coloured feathers in a way that attracts a mate. Peacocks can fan their upper tail covert feathers producing a beautiful bluish green fan. Other birds, such as the Eastern Kingbird, have a stripe of colorful feathers hidden underneath the contour feathers on top of their head.

Protection :- Feathers help protect the bird’s delicate skin. Without feathers, a birds would be cut badly if it flew into a thick bush. Some birds, such as Hornbills, even have bristle feathers that act like eyelashes which protect the bird’s eyes.

During the colder months, feathers help insulate birds to keep them warm. Also, during the hot months feathers can help keep the bird cool. Some birds that live in colder areas, such as Redpolls, have up to 30 % more feathers during the winter than summer.

Owls have special serrated flight feathers on their wings that help them fly slightly. The serrated edge breaks up the air as it moves over the wing reducing the amount of noise. Ducks and doves, on the other hand, have a very smooth leading edge to their wing, and therefore produce a loud whistling noise when flying.

“Once you choose hope, anything is possible” by Christopher Reeve